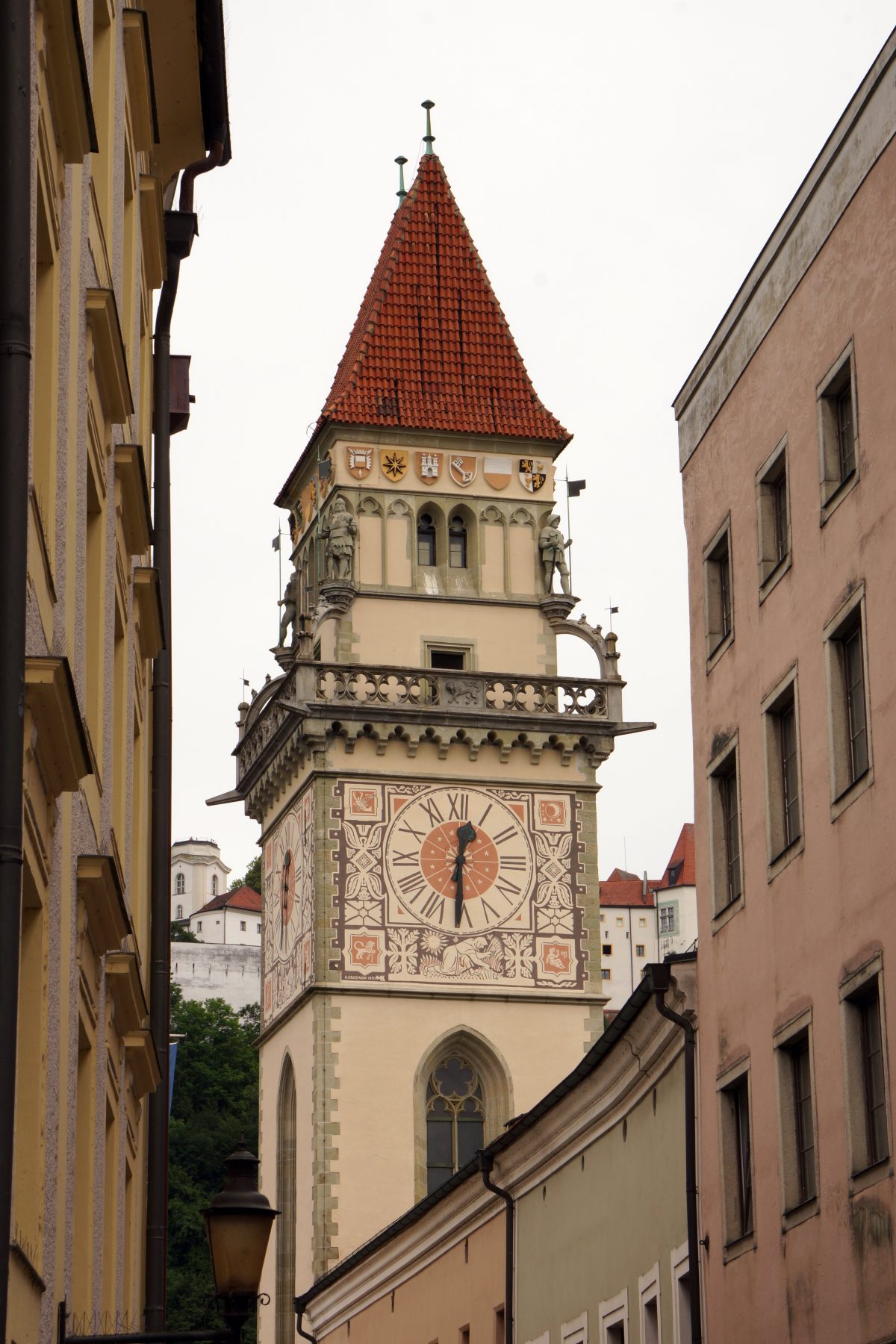 Brace yourselves, it’s time to inflict my amateur photos on the Internet! At least there aren’t any cat pictures. A five-hour trek through Passau in Bavaria/Germany, at the conflux of Danube, Inn & Ilz, yielded about 160 exposures of which I kept eleven. Notably absent is St. Stephen’s cathedral which is currently being renovated, and thus half-covered in scaffolding and tarpaulin. The next sections give some details on my equipment. Scroll down to see the gallery itself, and click on any image to enter a full-screen gallery view with descriptions and Exif data.

2017-03-04: Moved the gallery from Google Drive to my own host, and accordingly removed my obsolete discussion of that service. Moreover, St. Stephen became the subject of a later trip.

I was using a Sony NEX-7 with its two 18–55 mm and 55–210 mm kit lenses. Having only recently upgraded from simple point & shoot cameras, I underexposed most everything but was able to fix that up in Photoscape (see below). The pictures you see match my memories of the actual views pretty well. I’ll come back to digital photography and the NEX-7 in a future post, when I’m hopefully not as clueless. In the meantime, I’ll add some notes on image storage and post-processing.

Paint.NET is my workhorse image editor but its auto-level feature is rather hit and miss. Gimp is worse for all I could discover, which admittedly isn’t much since Gimp has the worst UI in the history of computer software. Luckily I discovered Photoscape, another free program which does an admirable job of sorting through and fixing up large photo collections.

Photoscape is far from perfect – it’s rather slow, documentation is minimal, the UI is not DPI-aware (although controls are big enough to keep it mostly usable at 144 DPI), and its website suffers from a worse infestation of advertising crapware than even Paint.NET. Also, make sure to uncheck whatever browser toolbar the installer wants to foist on you!

However, Photoscape has two excellent features that make it all worthwhile. First, you can browse photo collections using either thumbnails & previews or full-screen mode. Hit Enter or Escape to toggle full-screen mode, use the cursor keys to navigate, and hit Delete to move the current picture to the recycle bin. Photoscape also shows Exif metadata which Paint.NET inexplicably cannot do.

Second and more importantly, Photoscape has an extremely capable Auto Level feature with three intensities. The default intensity fixed up all of my underexposed photos so well that I didn’t feel the need to make any manual adjustments. All told this was a huge time saver compared to tweaking pictures in Paint.NET. All images were saved at 85% JPEG quality.