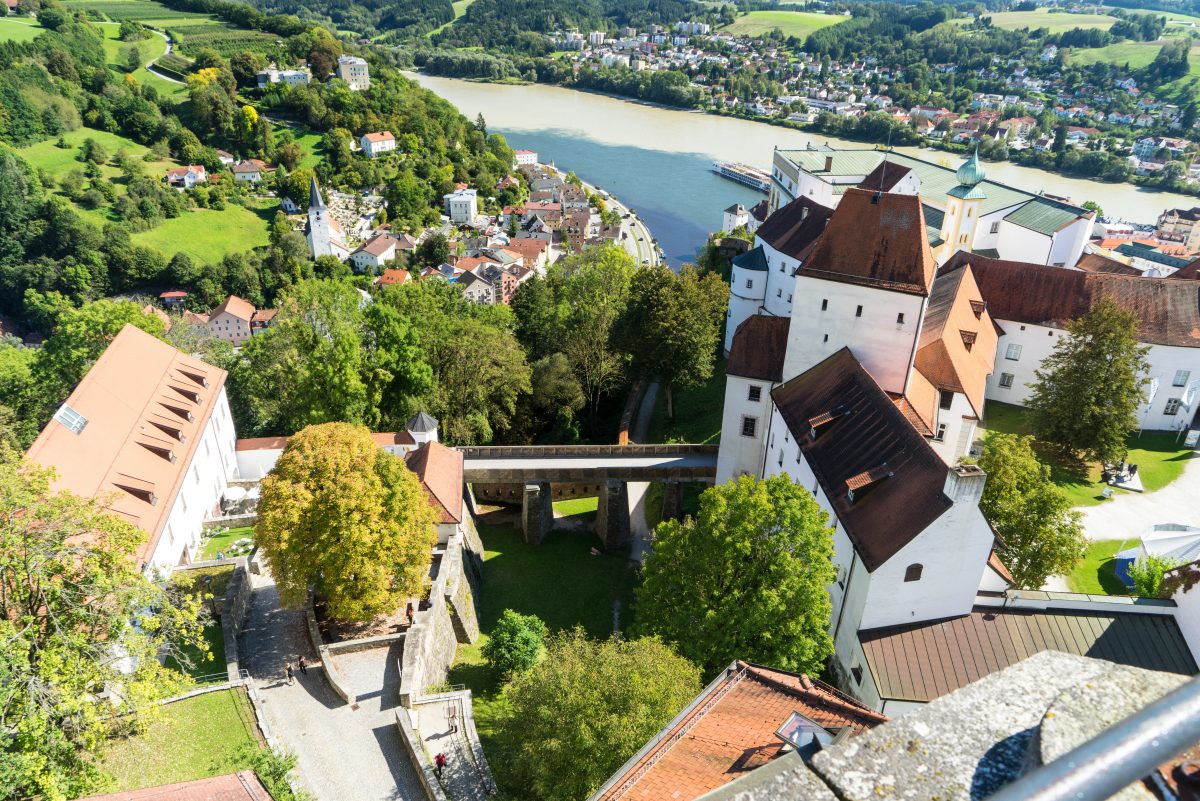 The 34 photos from this tour are divided into two galleries, the first on the very long ascent to the castle and the second on the castle itself. Most pictures were taken with a Sony Alpha 7R and SEL-2470Z lens, except for four iPhone 5s photos from on an earlier walk. Click on any picture to enter a full-screen gallery view with descriptions and Exif data.

Founded in 1219 to overlook Passau, Veste Oberhaus is a true medieval fortress at its core. That’s unmistakable when you try to reach the castle: the ascent covering a height of 100 meters resembles Frodo’s journey into Mordor, except with more sunshine and American tourists. As for the way back down, it’s so steep that it took me a few visits before I could stop clinging to the walls and step confidently.

The first gallery captures nearly every turn (and staircase) along the way. You might find it thrilling, or else helpful to cure insomnia.

The reward for the ascent was a stunning view from the castle’s observation tower. Then I moved on to the castle museum, housing a permanent exhibition on Passau’s ancient and medieval history, and currently also a special exhibition on the 19th century and World War I.

Some notes on the 1368 parchment you see in the gallery. Here the Dukes of Austria granted Passau a mayor, council, and seal, which meant that the prince-bishop residing in Veste Oberhaus was no longer the sole master of Passau. The writing is technically German but such an old form that it’s virtually unreadable by non-experts. Passau is rendered as “Pazzow” with the “z” standing for the old German soundless s that eventually became modern ß.