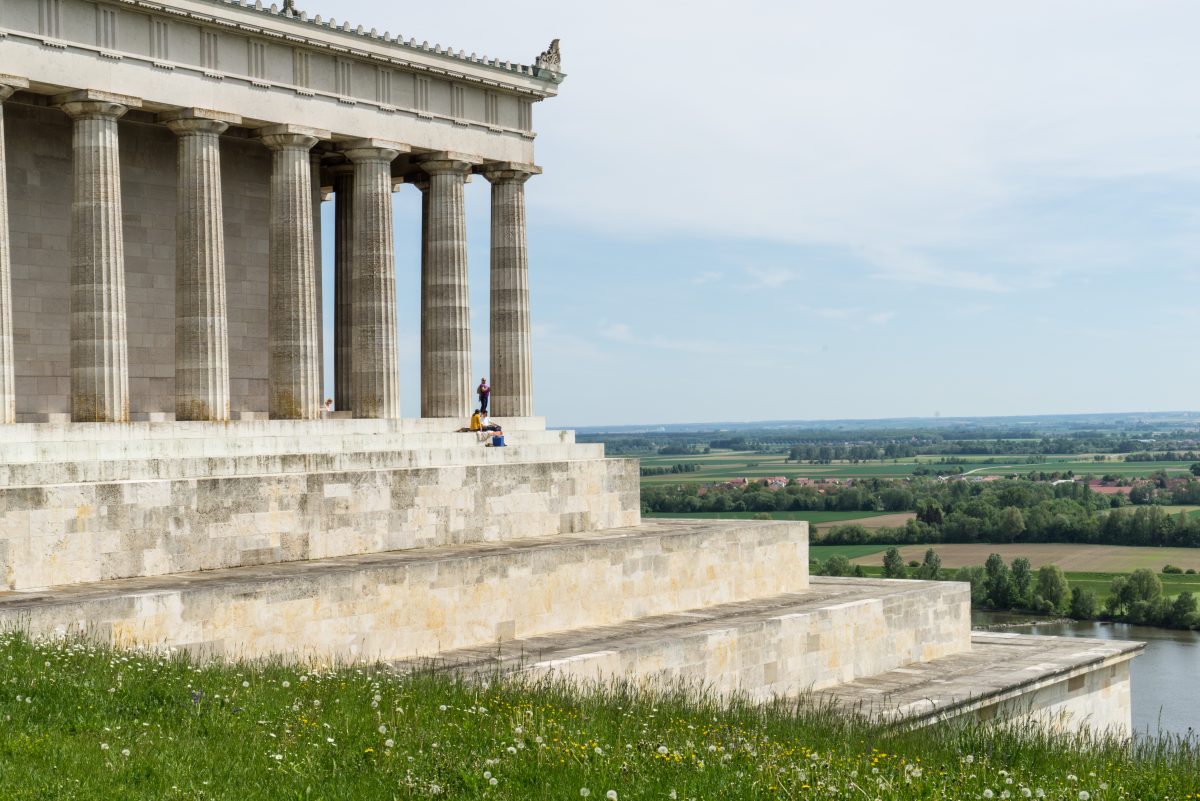 King Ludwig I of Bavaria (1786–1868) was the grandfather of Ludwig II (1845–1886) who eclipsed him in popular memory as the “Märchenkönig:” patron of Richard Wagner, Neuschwanstein castle, mysterious early death. Ludwig I was rather more mundane but left a much greater cultural legacy, simultaneously industrializing Bavaria – site of the first German railway in 1835 – and reshaping Munich with the neoclassical architecture that was all the rage in his days.

One remarkable piece outside Munich is the Walhalla memorial, built by Leo von Klenze in 1830–1842 on a hillside above the Danube near Regensburg. The Walhalla is modeled after the Parthenon in Athens and houses numerous busts and plaques that commemorate famous Germans, using a rather loose definition of “German” that starts with ancient Germanic tribes and extends to anyone claiming German ancestry. It’s a famous tourist site, so I recently went there with the Sony Alpha 7R plus SEL-2470Z zoom lens to take a copious amount of pictures.

Aside from several exterior shots I also photographed all the busts and plaques in the memorial, and wrote out the names on the busts which can be hard to read in the photos. You could use them in a trivia game, “Which supposedly famous German have you never heard of?”

Certainly, all the usual suspects from Kaiser Barbarossa to Ludwig van Beethoven are there, but also many obscure figures that only specialized historians would recognize today. Busts have been continually added by subsequent Bavarian governments, so don’t be surprised to see Albert Einstein or Sophie Scholl. Click on any image to open a full-screen gallery view with descriptions and Exif data.