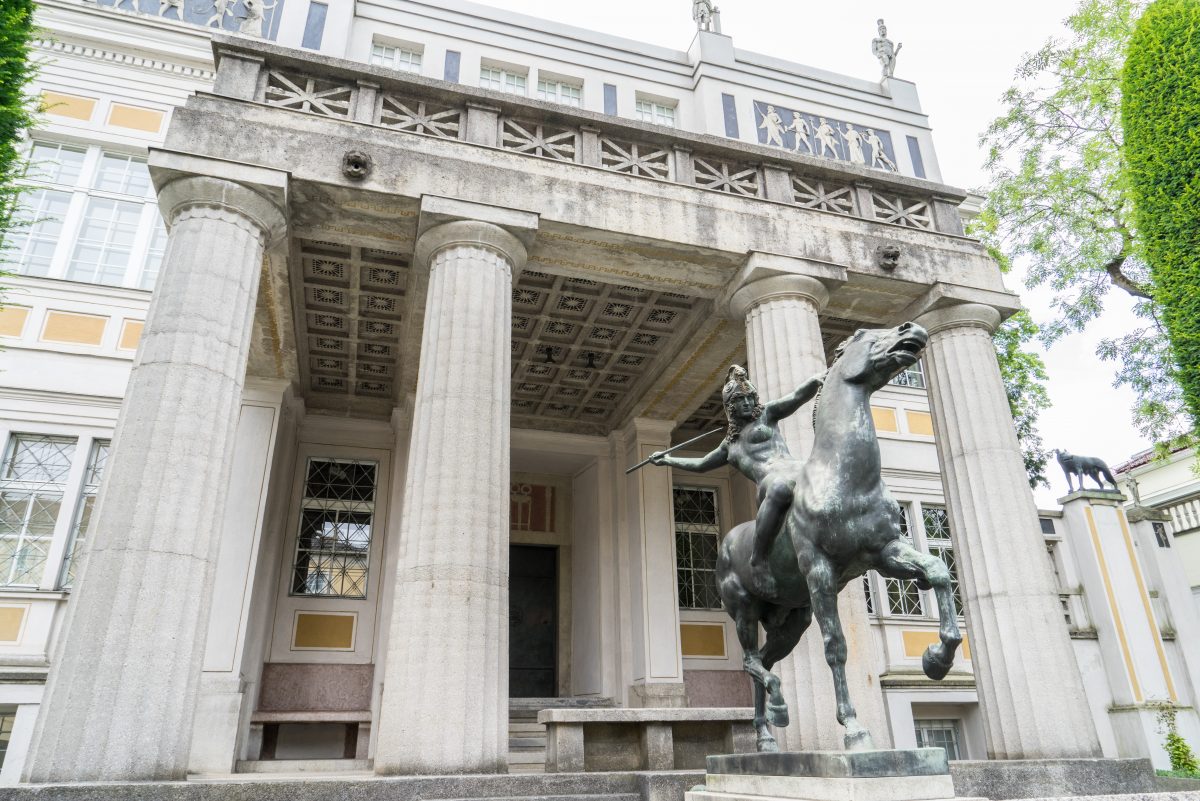 Nearly forgotten today, Franz von Stuck (1863–1928) was a popular and highly acclaimed artist in his time. Stuck designed his Munich villa (built 1897–98) as a rich homage to European art, from antiquity to contemporary styles. Like most late 19th century attempts to revive historical aesthetics in the industrial era its splendor borders on kitsch, and today the richly decorated rooms stuffed with copies of ancient masterpieces might evoke more laughter than awe.

Nevertheless it’s quite a sight to see, and since its 1968 conversion to a museum the villa also houses a number of Stuck’s own works.﻿ Though sumptuous the villa is small enough that I was able to capture nearly everything, using the Sony A7R and SEL-2470Z lens. The first 19 pictures mostly document the building itself, the next 17 Stuck’s paintings (and one sculpture) on display. Click on any picture to enter a full-screen gallery view with descriptions and Exif data.

2017-03-10: Moved gallery from Google Photos to my own host. Pictures of the nearby Friedensengel monument were originally included but in retrospect they weren’t that good, so I created a new Friedensengel gallery with my current equipment.