The longest lens I have for the Sony Alpha 7R II is the Sony SEL-70200G with 200 mm at full zoom. That’s not very long for small objects at a distance, so I looked at the possibility of adding a teleconverter. Sony has announced a proper rear-mounted teleconverter for the successor of my lens (Sony SEL-70200GM) but unfortunately does not provide one for the lens I already have, and neither does anyone else as far as I know.

That leaves the option of front-mounted teleconverters which attach to the standard filter mount, just like macro filters. These have an even worse reputation than the rear-mounted variants, due to inevitable image degradation by the additional optics. But I decided to try the two models pictured below anway, and see if at least one might be usable. 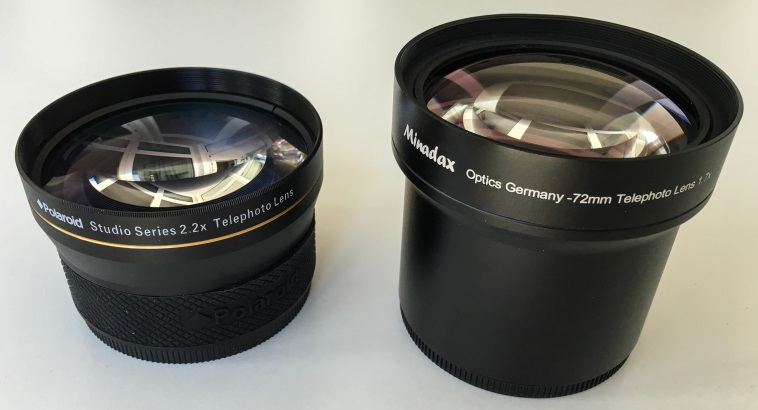 As you can see, these two specimen represent opposite ends of the market. The Minadax is half again as long, nearly twice as heavy, and fully eight times as expensive as the Polaroid. There’s a significant upside to that, though: the Minadax actually works. To summarize the following test results, the Polaroid may only cost €36 but it’s essentially worthless. Here are the major points of criticism:

Regarding the last two points, one should mention that the Polaroid appears to have been designed for the short non-interchangeable lenses of camcorders. Quite possibly it achieves a better magnification factor and image quality on those lenses. However, customers looking to further extend their long zoom lenses should be quite aware that the Polaroid is completely unsuitable for that job.

So the remaining question is, can one justify the price (and weight) of the Minadax? Possibly yes, with some qualifications. I took some sample shots of the statue atop the small temple in Munich’s Hofgarten der Residenz. Below I show downscaled versions of the full pictures, as well as greatly magnified details where the pixel structure is visible. Click on each downscaled version for the original full-size JPEG.

Sony SEL70200G at 200 mm — First, the maximum zoom achieved without teleconverter. The detail crops are in PNG format, blown up to (nearly) identical sizes using Paint.NET, so as to preserve and demonstrate the RAW files’ original pixel structures. 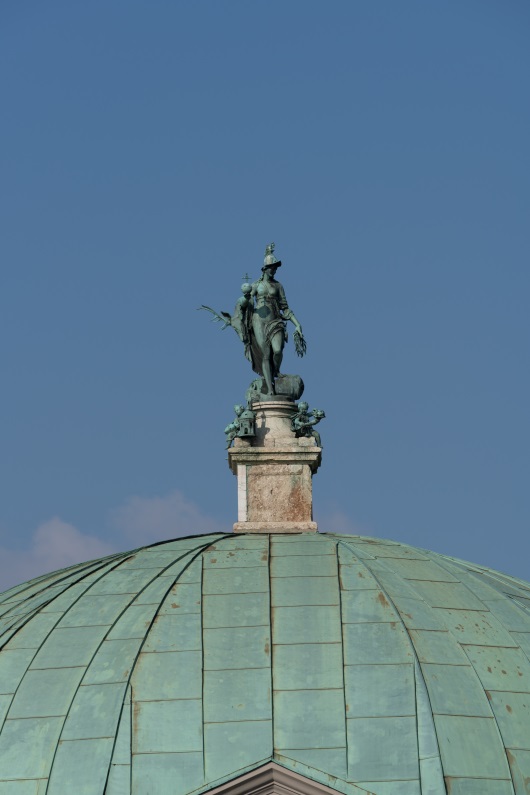 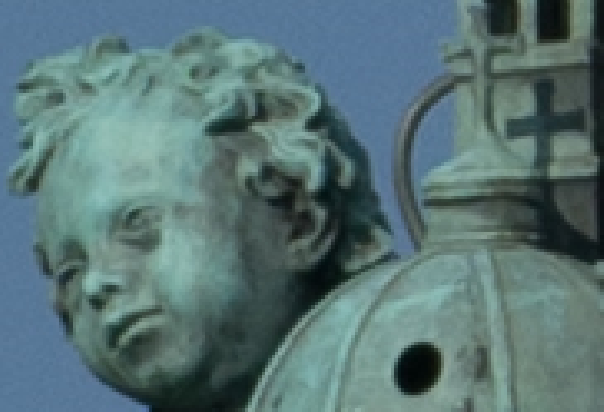 Minadax Optics Germany 1.7× — Next, the same lens with the Minadax teleconverter. The full frame shows clear vignetting but outside these dark corners, the image quality is excellent: indistinguishable from the regular photograph except with a visibly higher resolution. 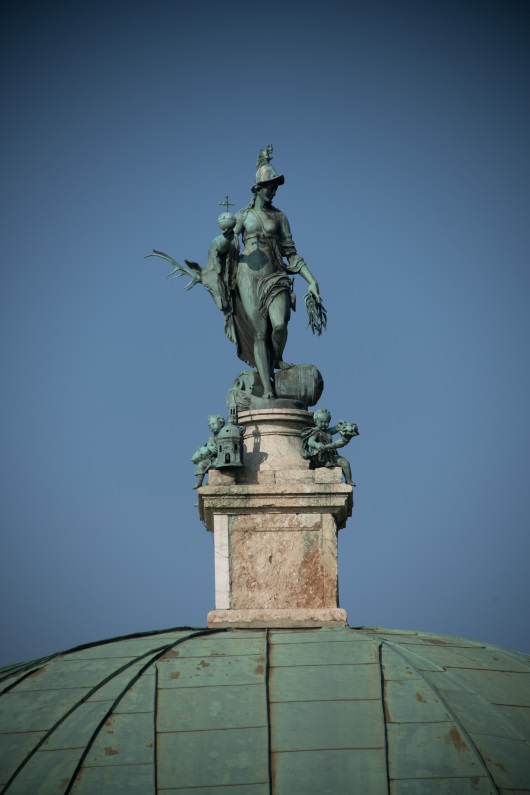 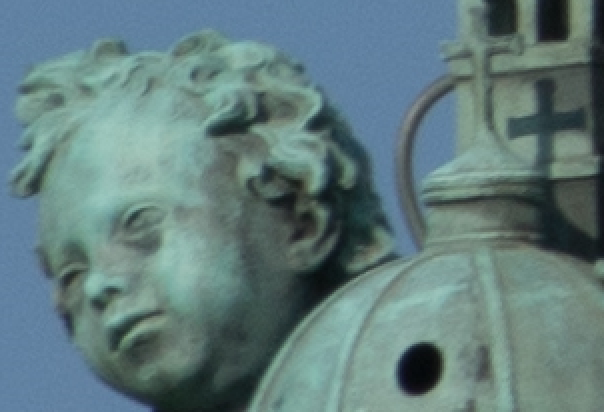 Polaroid Studio Series 2.2× — Finally, I replaced the Minadax with the Polaroid teleconverter. The full frame demonstrates the much lower than advertised level of magnification, and the detail crop reveals shockingly poor image quality. 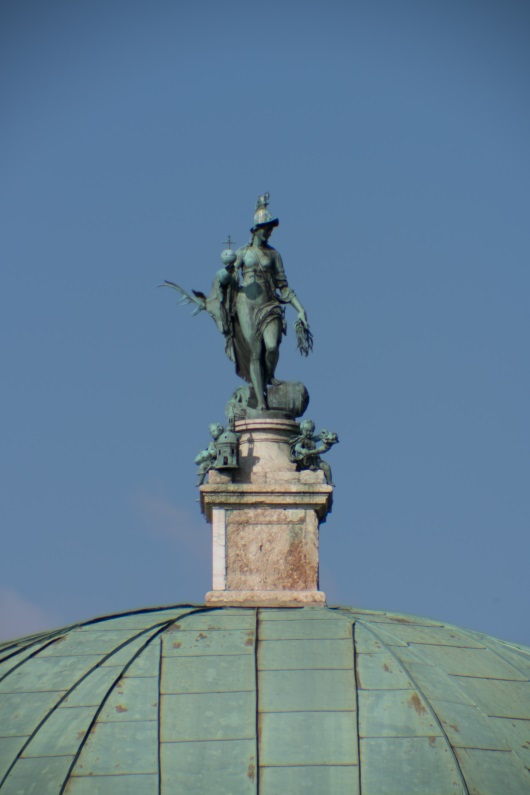 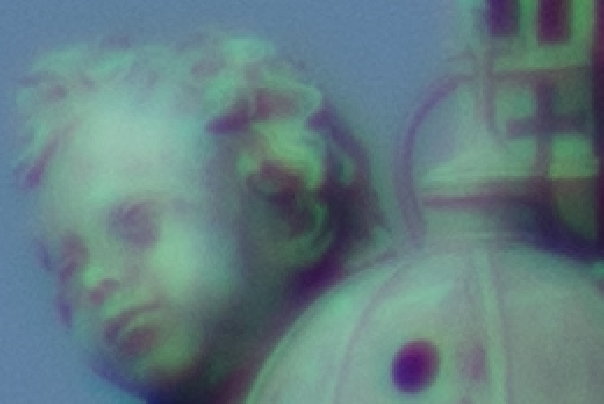 First, the Minadax needs one qualification already mentioned above: it’s big and heavy, and that makes it rather difficult to get good results without a tripod. I actually took not one but seven sets of comparison shots that looked decent enough at first blush. But on closer inspection, three sets turned out unusable because I had obviously blurred my hand-held Minadax shots. In two more sets, the Minadax shots were reasonably sharp but not quite good enough to elevate them clearly above the electronically zoomed 200 mm shot. (And in one set I had inadvertently turned the optical zoom to 192 mm rather than 200 mm without converter, making it useless for comparison purposes…)

Second, the Minadax produces rather obvious vignetting, so you cannot use it if you need even and accurate lighting across the entire image area. This should not be a problem if you only care about the subject in the center of the image, though, as is typically the case in wildlife photography.

With these qualifications, the Minadax can deliver images that are visibly sharper than software magnifications of the same subjects shot without teleconverter. Vignetting aside they are of equivalent quality, with only slightly reduced brightness in the central area and no chromatic aberrations. I’ll be keeping the Minadax as part of my arsenal.