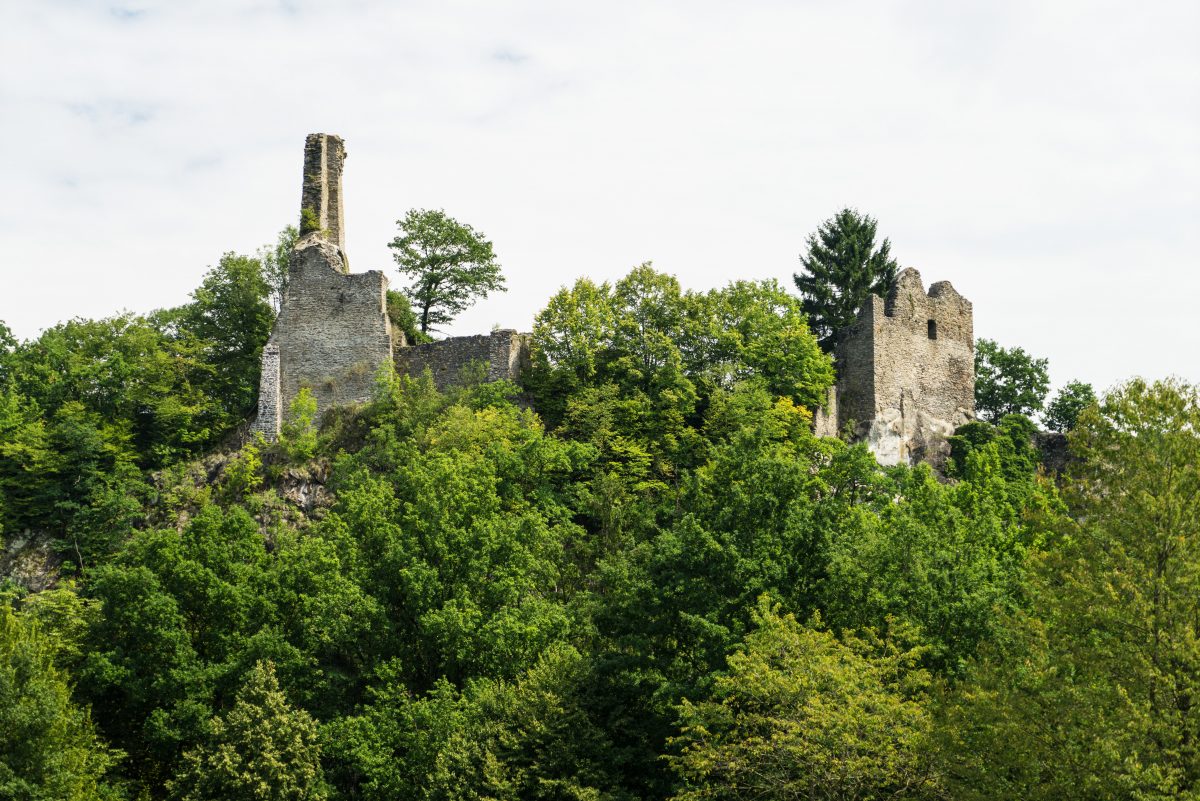 The extensive gallery you find at the bottom of this post combines two older expeditions in August and September 2014. The original Google Photos galleries had been linked in my initial review of the Sony Alpha 7R which I first used on these trips. However, that review was already quite long so while moving the pictures from Google Photos to my own host I decided it would be better to make a new post, with a bit more background information on the natural and historical environments. Scroll down to see the pictures, and click on any one to see a full-screen gallery view with descriptions and Exif data.

The Ilzschleife is a nature preserve just north of Passau where the small but navigable river Ilz, flowing south from the Bavarian Forest mountains, almost loops back upon itself before joining the Danube. Aside from lots of untouched wilderness the place contains some notable historical artifacts.

One is the old Ilzdurchbruch, not to be confused with the modern street tunnel of the same name. Shipping wood from the Bavarian Forest down the Ilz towards Passau was a very active business until railroads rendered it obsolete. In the early 19th century, the total transport range was 230 km for up to 100,000 cubic meters wood per year. The Ilzdurchbruch is a navigable water tunnel built in 1829 that shortened the wood shippers’ passage by cutting off the entire loop (Schleife) that the Ilz makes at that point. Pedestrians can enter on a narrow walkway, so I took several pictures of this tunnel.

There is also a ruined castle near the village of Hals, the Spornburg, built at some time before 1072 to overlook the Ilzschleife. The castle was damaged by fire in 1622 and never properly used or restored again, falling into ruin by 1810. Now it looks exactly as anyone would imagine a romantic castle ruin. I couldn’t find a way to enter but took shots from various outside perspectives.

I used the Sony Alpha 7R throughout, mostly with the SEL-2470Z lens but also with the SEL-70200G lens for some longer shots. I also often added a circular polarizing filter, and for a few pictures the Marumi DHG Achromat +5 macro filter or the Sony HVL-F43M flash.