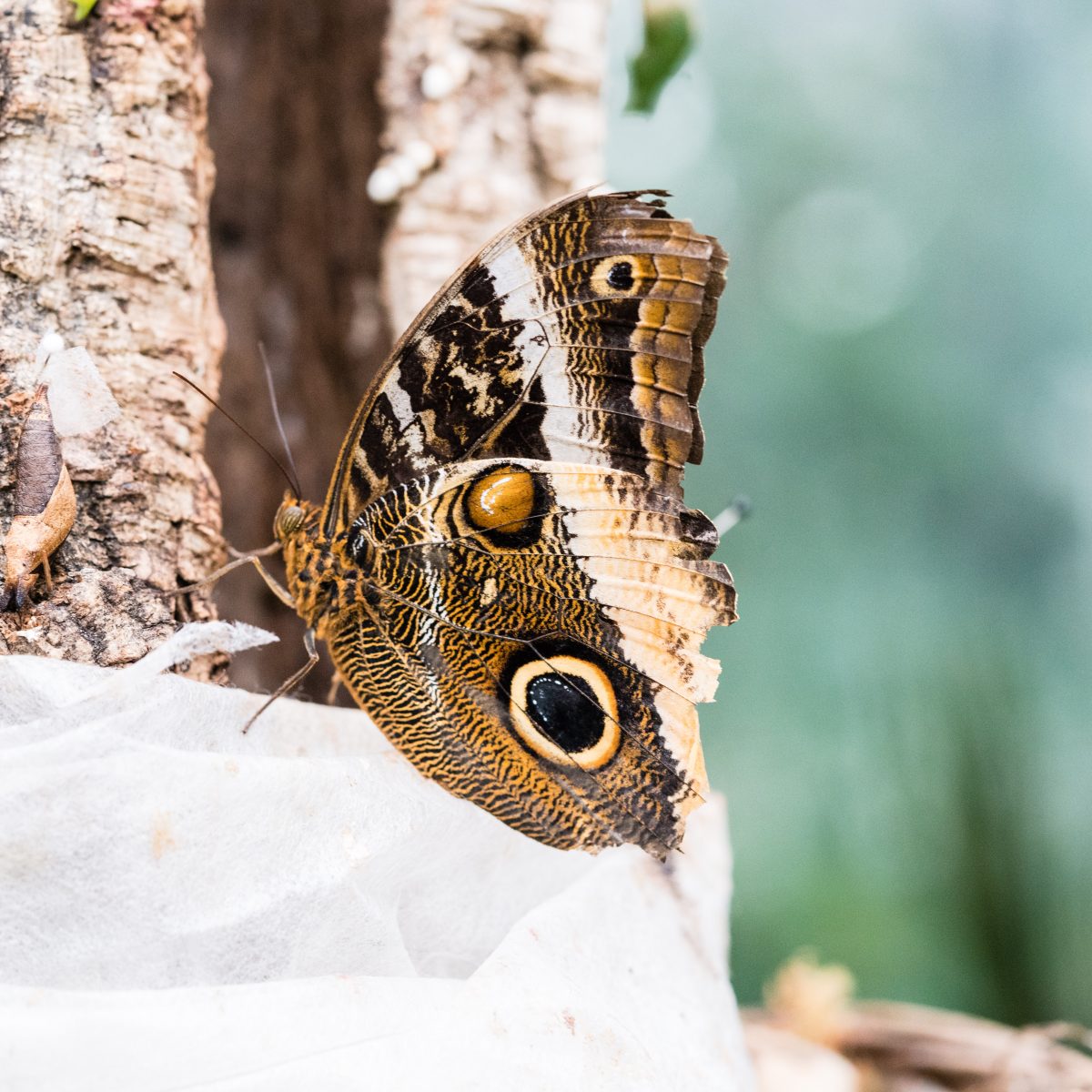 Munich’s botanic garden at Nymphenburg palace is currently showing off live tropical butterflies in one of its rooms. So naturally I got my macro lens and see what I could shoot, also adding some orchids (and turtles) from another room. I should say that I don’t actually have a clue about any of these subjects, so the sparse descriptions are from the garden’s own equally sparse web page. (I think they want people to buy their book on butterflies.)

I took all pictures with a Sony Alpha 7R II and Sony SEL90M28G macro lens. That lens goes down to f/2.8 but most pictures use f/4 as the depth contraction at f/2.8 proved too much even for small butterflies. You may note that many butterfly pictures are overexposed but that was sadly necessary: the room had a rather bright background light against which I wanted to show details on the relatively dark butterfly wings and bodies. Click on any picture to enter a full-screen view with description (if any) and Exif data.

So here is the first gallery covering the butterfly room. A noted above many species are not identified, and some feature in duplicate photos as they were much more numerous and sedate than others.

The Orchids and Turtles

On my way out I passed the orchid room which advertised its turtle inhabitants. The latter are said to be ordinary pets that were abandoned by their owners and found a new home at the botanic garden. An also promised iguana was nowhere to be seen, probably hiding far above in the woodwork. So here are some pictures of interesting orchids, turtles, and fruits (or so I presume).