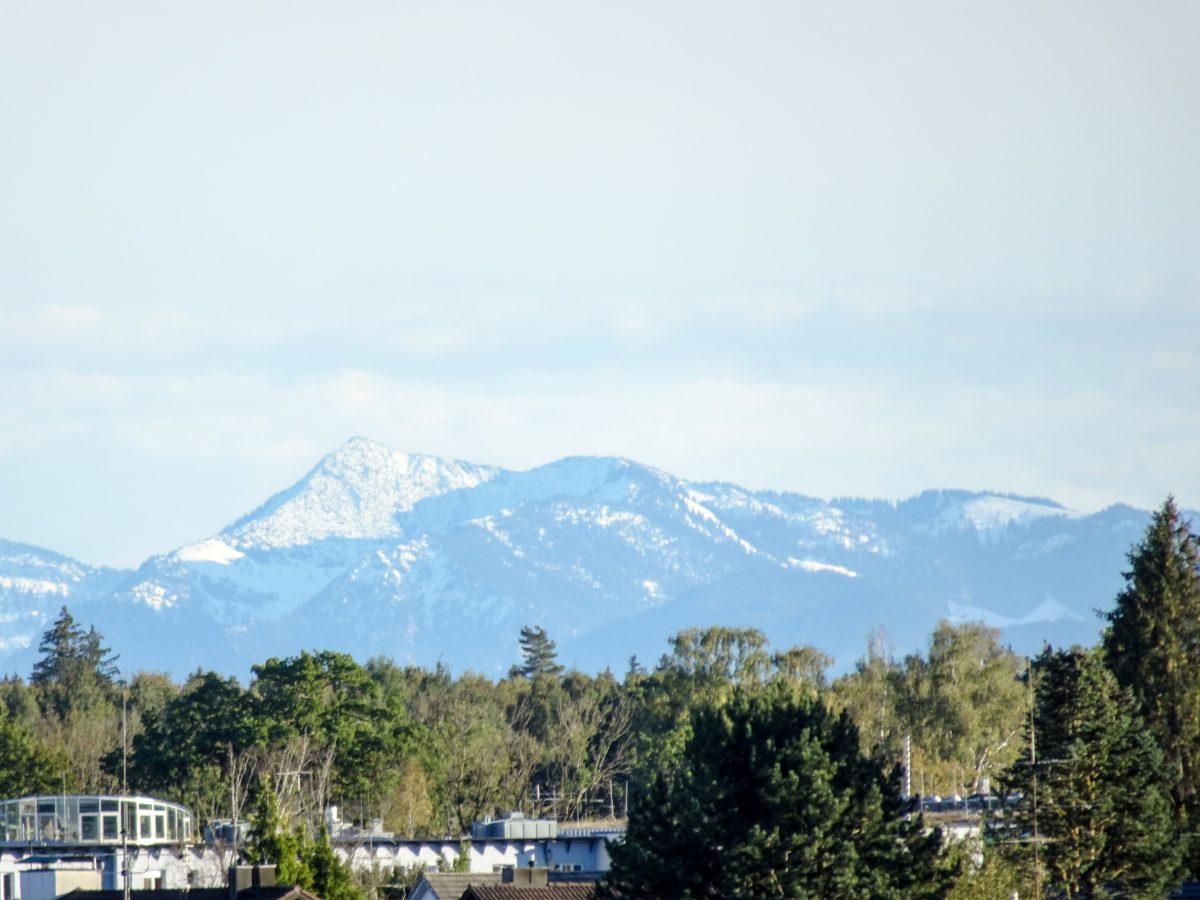 Having moved into a Munich 4th story penthouse with a view to the Alps, I tried for months to get a proper pictures of them. On a somewhat cloudy day my compact Sony DSC-HX90 ultrazoom was hopeless, the color and brightness resolution just wasn’t there. I posted some smartphone snapshots on Twitter but those were frankly mediocre. Just now I tried my full-frame Sony Alpha 7R II and guess what, all the batteries were empty. A notorious problem with this series until Sony introduced batteries with greater capacities for newer models.

However, the Sony DSC-HX90 amazingly still had full battery life and today it was finally clear enough that its limited resolution powers didn’t matter, but its full-frame equivalent zoom range of 720 mm very much did. Therefore I present you a little panorama of the Alps as seen from my bedside window, looking southward from Munich Trudering.

No comments on the individual pictures as I really don’t know which exact mountains I’ve been looking at. The only thing I know is that the construction cranes in the last picture are around Munich Neuperlach where they are expanding the city. Trudering itself is basically a farming village with most building plots already allocated to low housing, so the view is likely to be remain unobstructed. It’s good to be the king!

Today we got some dramatic clouds over the Alps. Surprisingly the newly charged batteries of the Sony A7R II had not completely drained after three days, so I decided to use that camera with the Sony SEL-70300G lens. Partly the intention was to give a comparison with the DSC-HX90, partly it was a necessity since a polarizing filter was required to even approximate the stark contrasts visible to the naked eye. That’s one point aside from raw resolution where the big heavy full-frame camera still has its uses. All photos were shot at the maximum zoom of 300 mm.